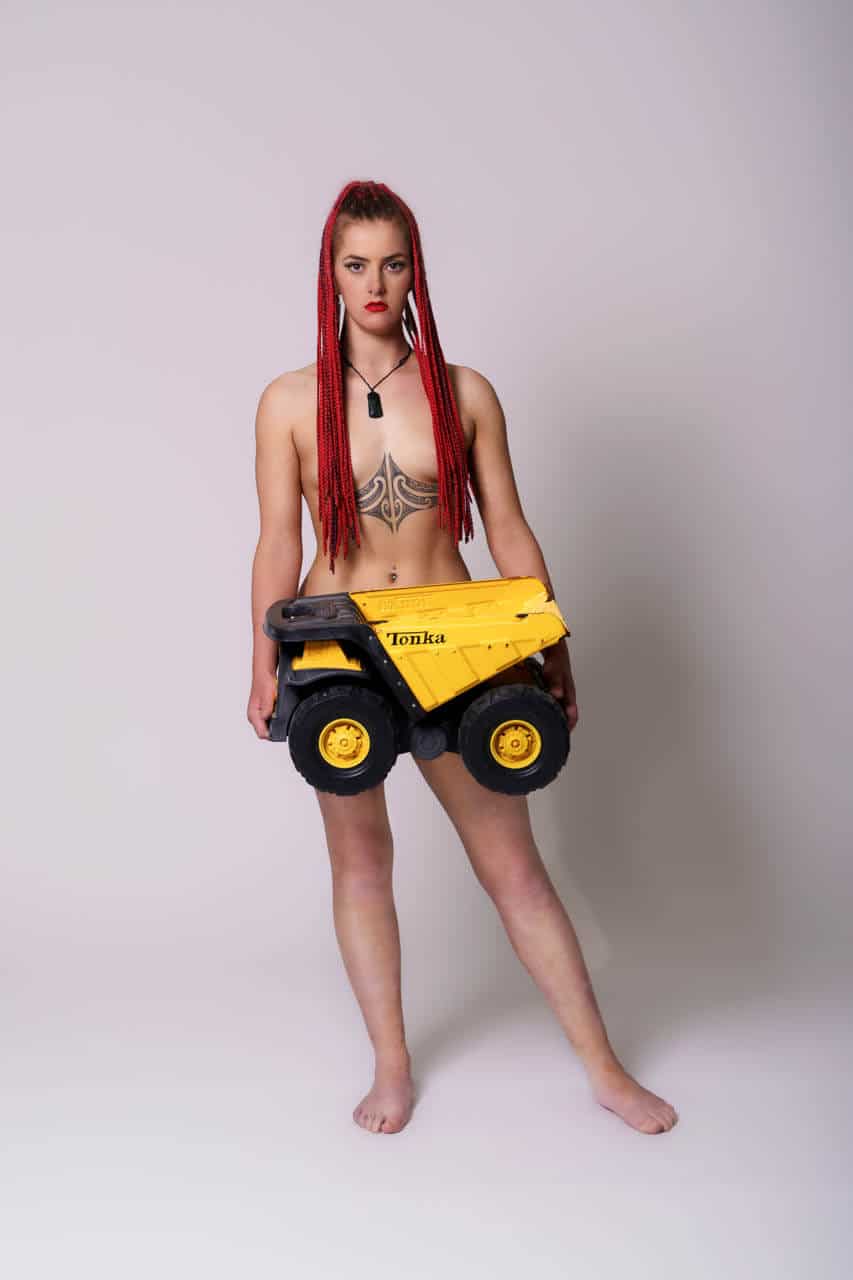 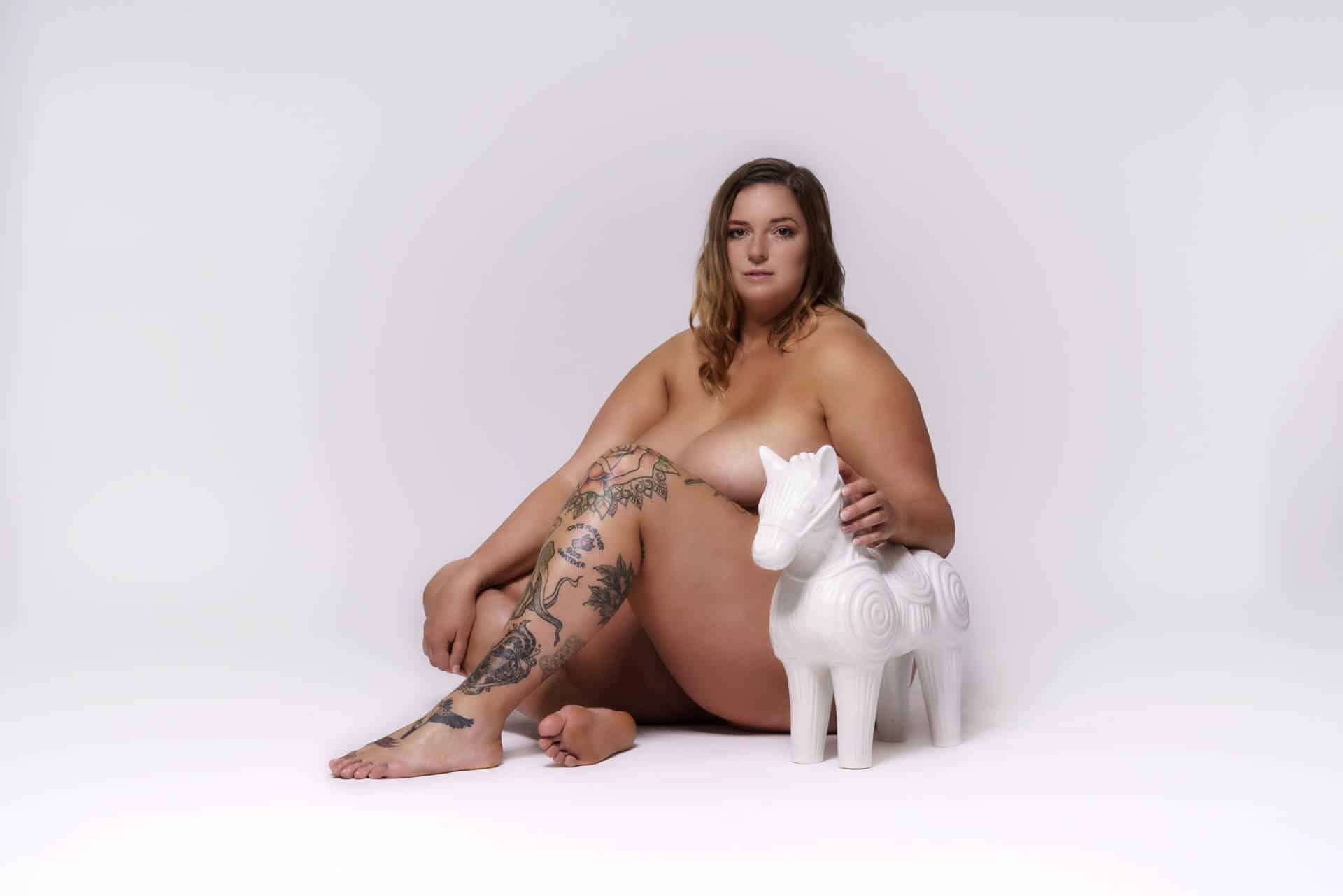 “Before coming in New Zealand I worked as a special counterterrorism operator. I am from Macedonia, a small country that many people do not know exists even though it was considered a great world power before Christ, led by Alexander the Great. I spent 28 tough years of my life and I do not regret it, as Frank Roosevelt said “a smooth sea never made a skilled sailor”. I served my country for 5 years being part of the most elite “Special Task Unit”. Its main tasks are counterterrorism, resolving hostage situations and raid into facilities. I was also a part of the diving team, searching the underwater terrain, downers and objects of crime. In 2015 we had a terrorist attack that killed 8 of my colleagues and wounded 36. That was a wake-up call for me to start a family. I got married in 2015 and by 2016 my son was born. As the time was passing my private life started to get influenced by my work and that was the last thing I wanted. In 2017 my wife and I decided to leave the country to start a new life which will benefit us, and most of all our son – we purposely chose New Zealand. We have been living here for two years now, although we feel like whole lifetime. Here I have many opportunities and for me the mission is not over, because only the brave are followed by fortune…” Check out the Bare Truth series to see more. 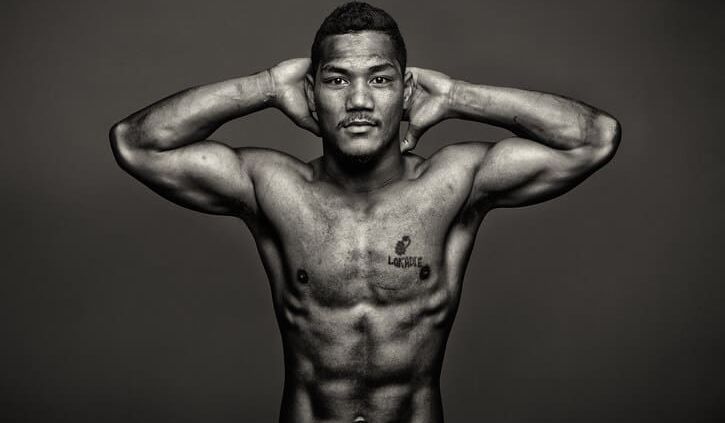 A former drug addict, a burns victim and a burly builder are hardly typical male models.

But these men – and around 100 more – are the subjects of an Auckland photographer’s latest exhibition.

Ilan Wittenberg began his project, Bare Truth, a year ago, with an idea to portray New Zealand men as they truly are.

Bare-chested, blemished, scarred, and tattooed, the men’s histories are etched on their skin. One of the men had received skin grafts as a child – a pot of boiling jelly had ended up on his chest. Another has a prayer inked onto his arm.

At first, his subjects were friends and family (Wittenberg’s 21-year-old son is among the men featured in the exhibition).

But as his collection and his confidence grew, Wittenberg began approaching strangers on the street. Market-goers, roadworkers, hedge-trimmers – any man who looks like he might have a story to tell.

Wittenberg spent an hour speaking with the men before they went in front of the camera, asking them about their families, jobs, and the tales behind their tattoos.

The first photograph was of a friend who’d resisted participating in the project until the day before he departed New Zealand forever.

“He wasn’t very tidy – not scruffy, but he didn’t take great care of himself,” Wittenberg says of the man.

“In the photograph, you will see he puts his hand up to chest and he touches his heart… he has a little bit of sadness in his eyes.

Wittenberg has about 100 photographs in the Bare Truth collection. Each of his subjects received an A4 copy of their photo, as thanks.

Some of the men were happy with the result, others felt confronted by the image.

“They didn’t actually show it to their wives, because they never saw themselves that way,” Wittenberg says.

The series is inspired by the work of famed photographers Robert Mapplethorpe and Platon. Shot before a blank background and converted into monochrome, the photographs depict a stark spectrum of Kiwi masculinity.

Bare Truth is Wittenberg’s third exhibition this year, showing in Sydney earlier this month, and in Auckland in June.

While images of topless women have become cliches of Western society, there’s something about a photo of a shirtless man – unretouched – which makes observers take a closer look.

“We see thousands of photos every day – on social media, in magazines, on tv, on the internet, billboards – and we ignore…” Wittenberg says.

“If you go to an exhibition, it’s not like looking at something on the computer… you stand in front of a photograph… and you let it talk to you.”

Visitors to the Sydney exhibition offered a range of interpretations, Wittenberg says.

“It’s so interesting how in a fraction of a second we judge other people, even when they’re not there, just based on their body language – their eyes, their shoulders.”

But Wittenberg hopes the exhibition will also raise awareness of men’s health issues. Without a shirt, it’s difficult to hide the hallmarks of past surgeries, or chemotherapy.

And the camera offers insight into the soul.

“You can read their eye, you can see their soul – that’s what I felt.”

Wittenberg emigrated from Israel with his wife and two children in 2001. The North Shore resident had been working as a business analyst before he took up portrait photography full time in 2011.

While portraits pay the bills, the Bare Truth project was a labour done for love, not money.

Quoting business leader Stephen Covey, Wittenberg says: “We’re here to live, to laugh, to love and to leave a legacy.”

“We’re not getting any younger… my legacy is about pictures I do.”

Bare Truth will be exhibited at Northart​ gallery in Northcote, Auckland from June 5 – 22. Admission is free.

The exhibition will also feature in the 2016 Auckland Festival of Photography. Austrian photographer Emil Bilinski lives and creates between Warsaw, Berlin and Vienna. His work is internationally recognised throughout Europe and Australia. A member of the  Ilford masters, the Coloratti Pro and the Rotolight masters of light. His professional path started at the side of Andreas Bitesnich. Throughout 20 years of his career, Bilinski has collaborated with remarkable artists, including Anne Leibovitz, Peter Lindbergh and David La Chapelle. His editorial work featured in renowned publications, such as Harper’s Bazaar, Cosmopolitan, Elle, Matador, Diva, Women, Playboy, Schön, Sunday Times Perth and others. He is frequently a jury member at the tv modelling competition shows such as Top Model (Austria and Poland) and Supermodel. Emil Bilinski specialises in beauty, fashion and commercial photography. He created signature campaigns for L’oreal, Carlo Rossi, Timotei, Wella, Sebastian Professional, Samsung and Braun among many others. His photographs have continued to contribute to the Schwarzkopf Austrian hairdressing award for the last 11 years. His imagery inspires with subtlety of aesthetics, timeless vision, remarkable perception of reality and meticulous approach to the construction of light. 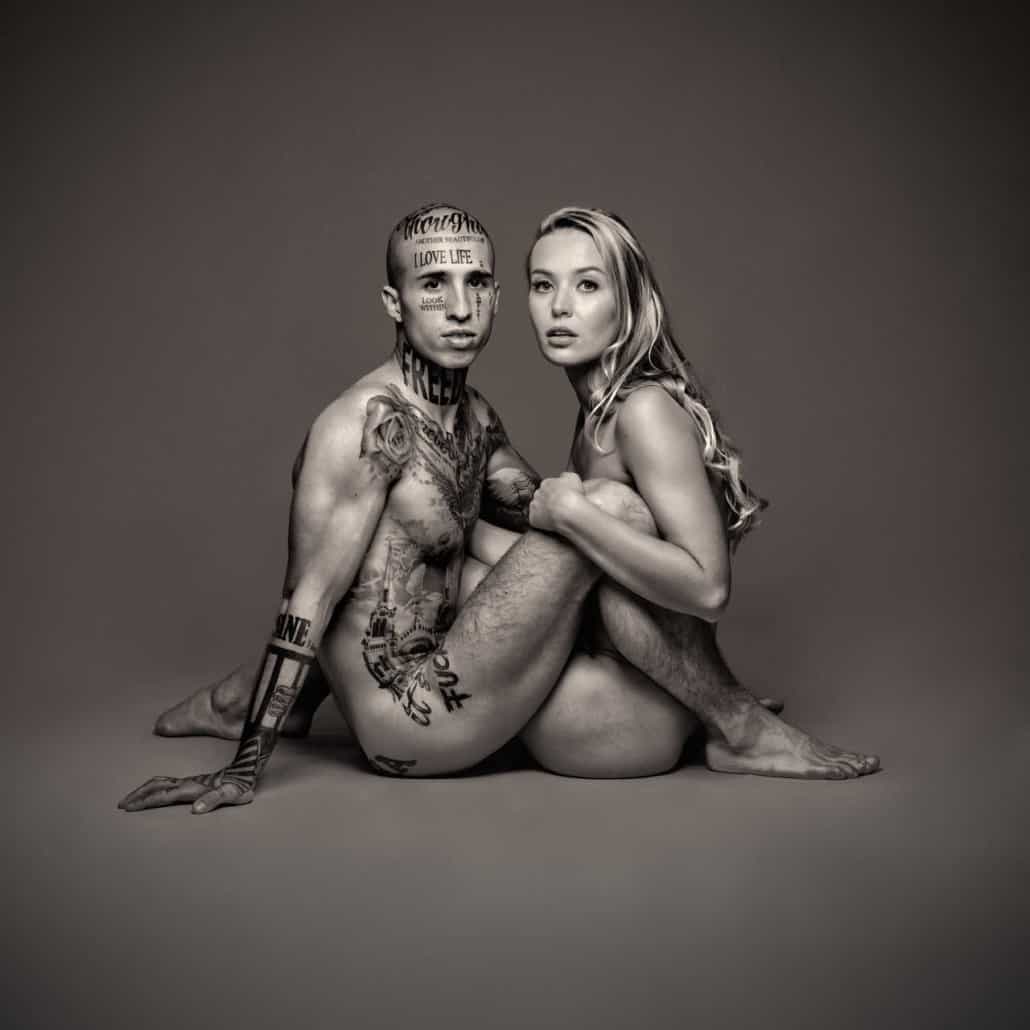 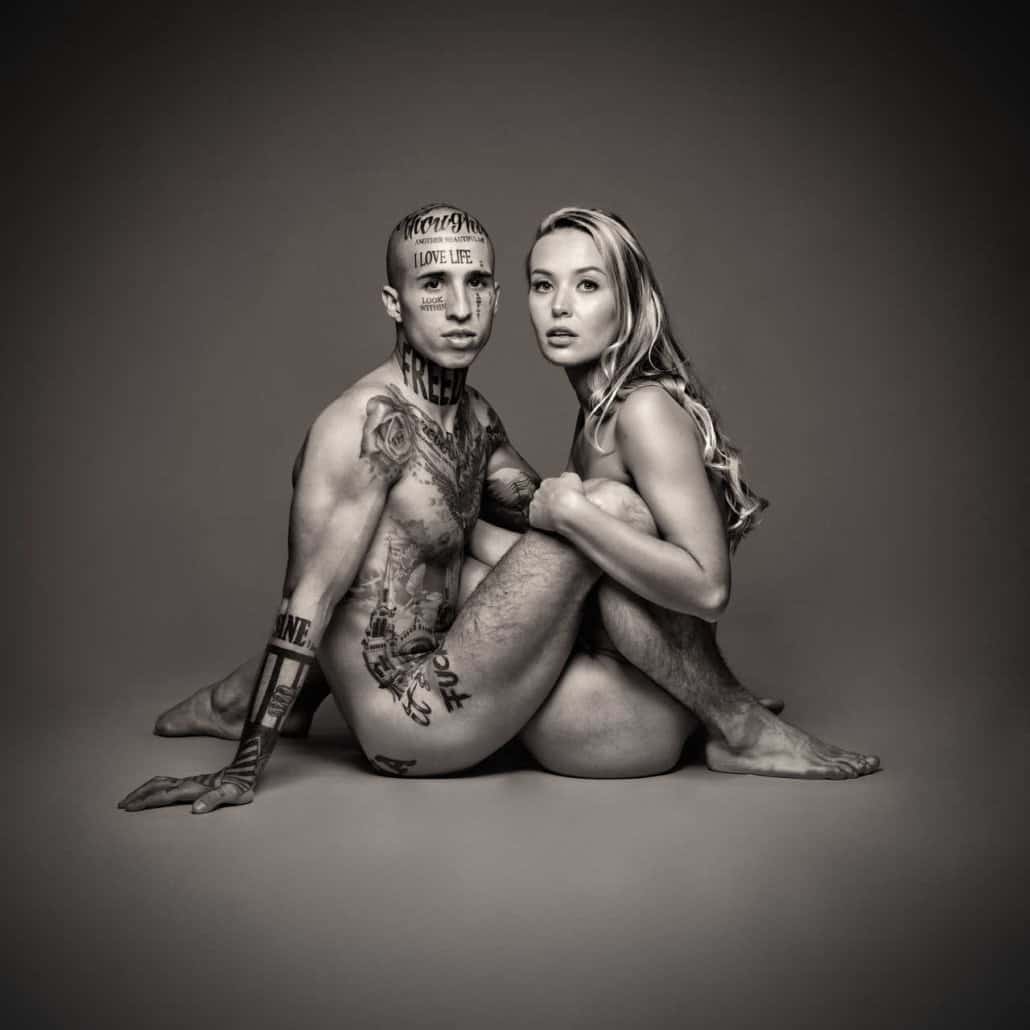 Check out these edgy portraits of Giselle at Wow Photography studio! 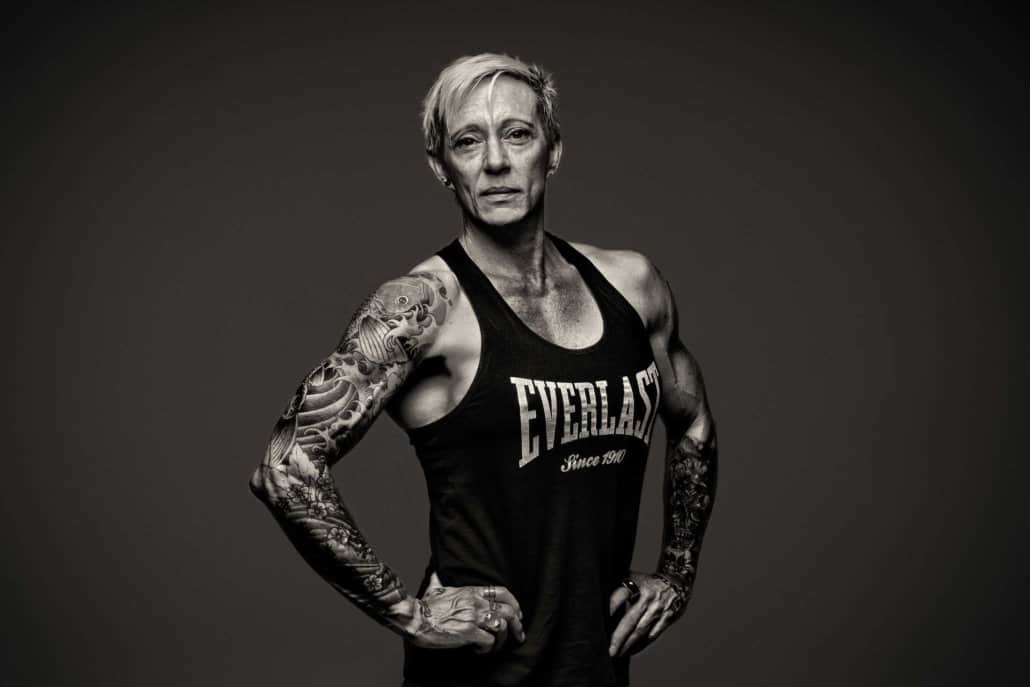 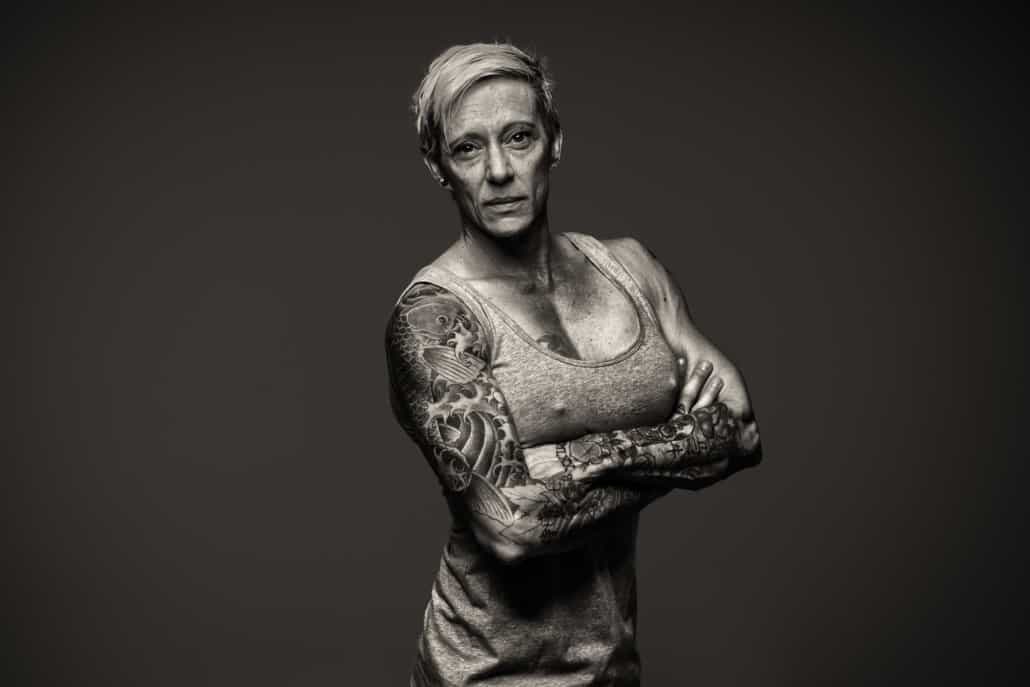 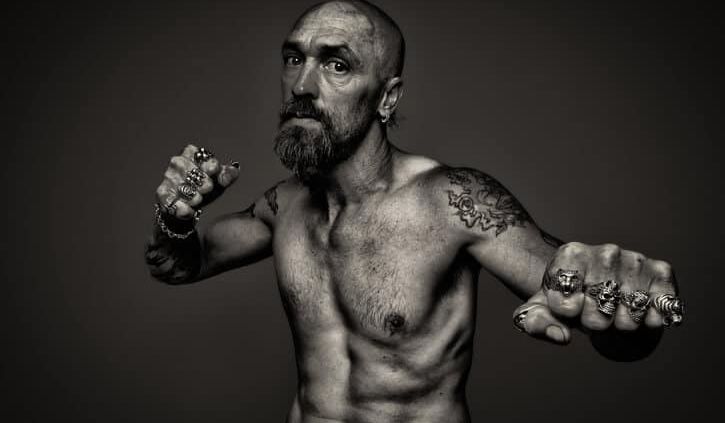 We spoke to Auckland photographer Ilan Wittenberg about the thinking behind his latest collection.

That’s one reason Bare Truth, a collection by accomplished Auckland photographer Ilan Wittenberg, stands out. Another is his knife-sharp focus on every bodily detail of his 100-or-so unsmiling subjects, which include a former drug addict and a burns victim.

“Raw”, says the artist, whose work can be found at Auckland’s Northart gallery from June 5-22, is what he hears most in response to Bare Truth. But the photographs have no rough edges; they are exquisitely, acutely rendered. That’s intentional: Wittenberg chose specific lighting and processing techniques that would bring the literal mark life leaves on our bodies into sharp relief.

It’s also something of a warning. “There’s this idea that men are stronger,” says Wittenberg, whose 18-year old son features in the collection (he bares the scar of a tumor removed when he was small). “That may be true in some strength-related areas; men have more muscle tissue, for example. But when it comes to mental health or emotional health, the fact is that women actually talk more. They share more. They’re more open.”

He began to approach men on the street. “Out of every ten, four said maybe, four said no, two said yes, and one showed up.” But as the collection grew, so did their trust, and the project picked up pace.

“I asked them about their tattoos: What is it? What does it mean to you? One of them said, ‘Well, I was a drug addict and this tattoo helps me to remind myself how to be sober, and how good it is to be clean. Another said, ‘Oh, this is about my best friend who died.’ We’re all vulnerable.”

That didn’t mean they were all ready to share the experience. “Some men didn’t show it to their wives, because they think [their image] is too confronting. They’ve asked their daughters to do it for them; to explain the context to their wives for them when they pass away. Because it is confronting. We never show ourselves like this to other people.” 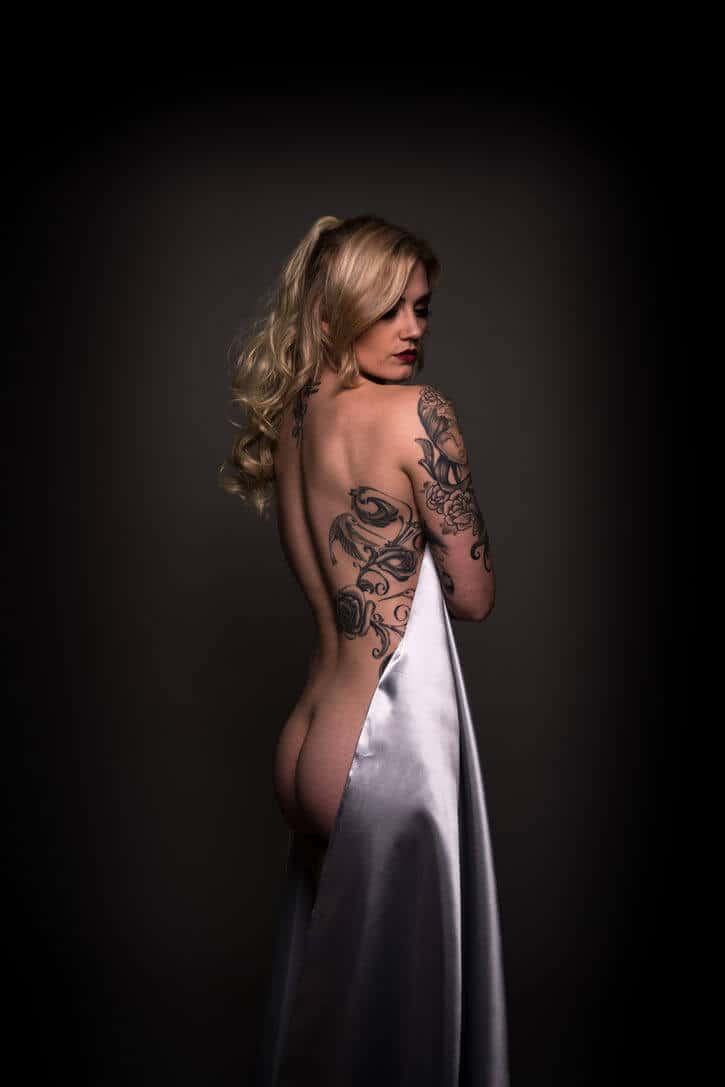 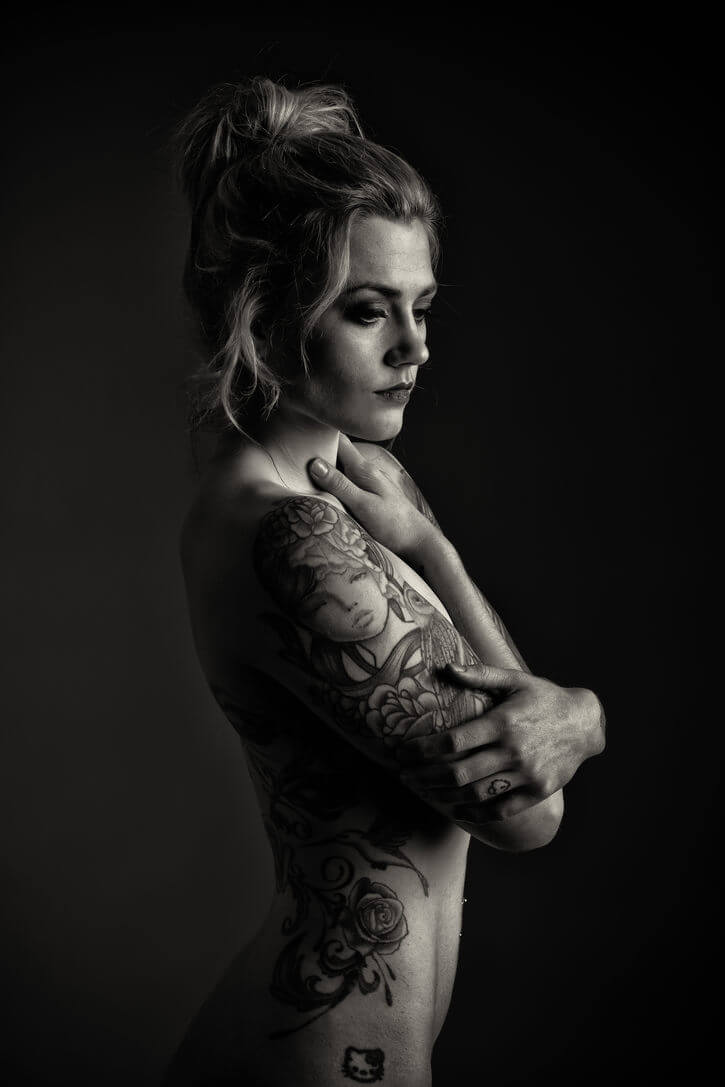 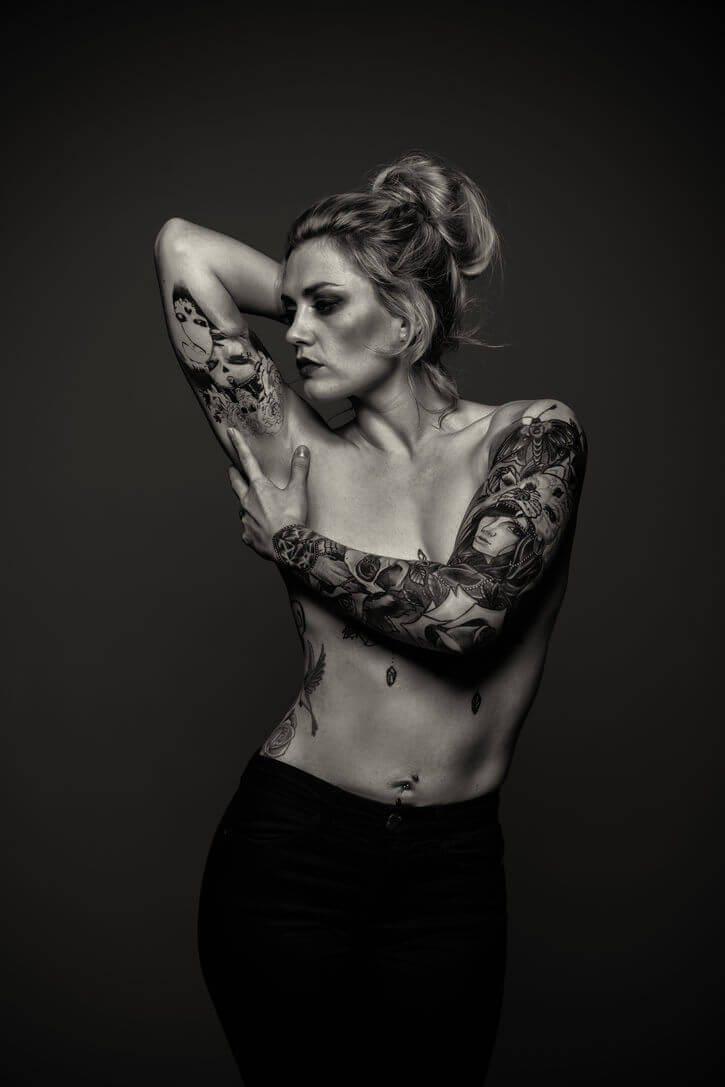 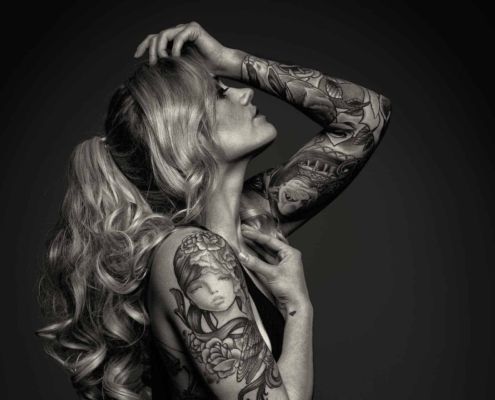