Ilan Wittenberg’s Man With a Leather Jacket’ was taken in February 2017.

An Auckland photographer’s unique approach has snapped up a gold at the NZ Institute of Professional Photography’s (NZIPP) Iris Awards.

Ilan Wittenberg won a gold award in the Portrait Classic category for his photo Man with a Leather Jacket in June this year.

“Winning a gold this year was a big achievement for me, simply because they are so hard to come by,” Wittenberg said.

READ MORE:
* Photographer Ilan Wittenberg exposes the Bare Truth in portrait exhibition
Although the photograph of a Takapuna native Ken Talarc did not win the category, it was the only gold-winning portrait not to have been taken in a studio.

Shot in Talarc’s home, the photo was as much about the subject as it was his environment said Wittenberg who won NZIPP Auckland Photographer of the Year in 2016.

“One continues the story of the other. The environment that he sits … all of that tells a story.”

“The artifacts behind him actually tell a story about his life and about his parent and the things he does in his life,” Wittenberg explained.

Wittenberg met Talarc while buying vegetables at the Takapuna Sunday market on Auckland’s North Shore. The photographer approached the man selling bric-a-brac out of his truck to ask if he would have his photo taken.

It took several moves around the house, Talarc had inherited from his parents, to find the winning spot in the living room.

“You look at him and you look at the background and they are on the same plane field.”

“I like the fact that he looked straight at me. I think that, when a person looks at you, you sort of make a connection,” Wittenberg said. 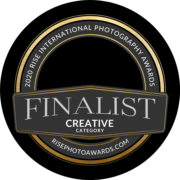 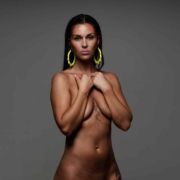 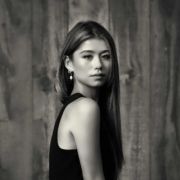 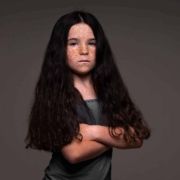 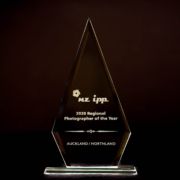 2020 Auckland Photographer of the Year