The nude figure is an ancient artistic tradition that expresses the ideals of beauty and fertility. In the Fearless series I explore the female nude figure. Nude photography depicts the human body, giving attention to composition, harmony and aesthetic qualities. The nude has been a prominent subject of photography since its invention and played an important role in establishing photography as a fine art medium. In presenting this series, I offer you an opportunity to contemplate and appreciate the juxtaposition between human and nature: the soft flesh and the harsh environment; life and still; black and white. The use of monochrome emphasises shape and form, removing distracting elements to ensure that you focus on the beautiful body language.

In the context of the 21st century, it is difficult to make an artistic statement in the medium of nude photography, given the proliferation of pornographic imagery – which has tainted the artistic subject in the perception of most viewers, limiting the opportunities to exhibit or publish artistic nude images. These photographs portray powerful, vulnerable and independent women. 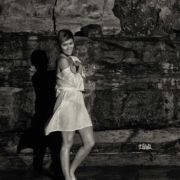 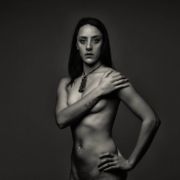 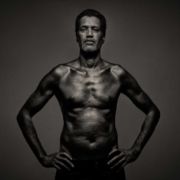 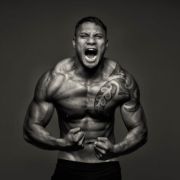 Who is the Boss?