located on the Temple Mount in the Old City of Jerusalem, The Dome of the Rock is one of the three holiest Islamic shrines in the world. It was initially built in 691 on the site of the Second Jewish Temple and destroyed during the Roman Siege of Jerusalem. The original dome collapsed in 1015 and was rebuilt in 1023. Being one of Jerusalem’s most recognizable landmark it is a UNESCO World Heritage Site. According to belief, the rock inside the mosque is the spot from which the Islamic prophet Muhammad ascended to Heaven accompanied by the angel Gabriel. Usually packed with tourists and locals, I was the only one to visit the site early morning when the forecast was for snow. It was so cold that there was no one on site and I could get a beautiful reflection off the wet marble stones just before the storm. 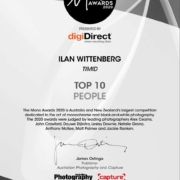 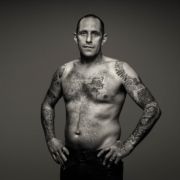 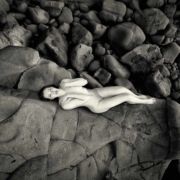 Courtney on the Rocks